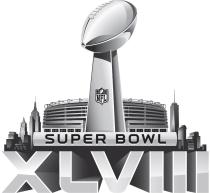 Another Super Bowl has come and gone and that means it’s time for a breakdown of my top five ads from one of the biggest days in sports. There’s not much to talk about in the 43-8 beating the Broncos took from the Seahawks so we’ll just dive right into it.

This year’s crop of Super Bowl ads seemed pretty weak at first glance. Maybe I was a little distracted from munching on a delicious assortment of Chex Mix, pizza and other delicious treats. Maybe the game was so boring that I just had too many side conversations and browsing on my iPhone to catch all the details of the commercials. In any event, upon a thorough review of each game-day ad on YouTube, it turns out there were some pretty high-quality ads. I’m still a fan of the slapstick comedic spots, but this year seems to have fallen suit with 2013 in leaning toward the dramatic and heart-warming side of life.

Below is my fourth annual list of the top five spots that aired during Super Bowl XLVIII. View my top five list from previous years here.

This ad was a must for my top five list for the sheer chaos that ensued during the 60 seconds of terror. Things got a little weird, but you gotta love the appearance from Sarah McLachlan and just the mere thought of a Chihuahua with a snarling, oversized Doberman head running rampant in a zombie apocalypse-style setting. It was certainly talked about at offices around the country on Monday.

You probably weren’t expecting any local ads on this list and you’d be right in assuming I’ve never featured one before. However, this is the most extravagant local spot I’ve ever seen–Super Bowl or not–and it deserves to be on this list. As AdWeek put it, Jamie Casino takes on a Saul Goodman-esque role, who was a “lawyer to the crooks until something bad happened to him—and he reinvented himself.” Please watch the full two minutes of local advertising glory.

Here’s a sweet quasi-followup from Budweiser’s “Clydesdales Brotherhood” spot from last year. This ad probably would have slipped into the No. 2 position had the music been of a different tune–I can’t stand Passenger’s voice. My opinion aside, the girls in the room were nearly in tears before the commercial ended and it’s a must for this list.

This ad being in the No. 2 position reveals two things about me: 1.) I’m a sucker for Americana and 2.) I love Bob Dylan–my parents even thought was good idea to name me after the legendary American singer-songwriter. There’s a couple moments of this ad that I think are a little weak and it probably could have been done in 1:30 or even 60 seconds, but again, you gotta love the Americana set to the tune of Dylan’s aging voice and iconic music. Actually, I’m probably only justifying the presence of this ad on my list because I am such a Bob Dylan fan. Who cares, it’s my list.

After four years of reviewing Super Bowl ads, the score is even: two dramatic ads and two funny ads clinch the top spot. By now you should be familiar with the annual Doritos Crash the Super Bowl online commercial contest. The contest made a big splash when it debuted in 2006 and has produced some of the most memorable Super Bowl ads of the past decade. Indeed, I’ve now placed three Doritos ads throughout my four years of top five lists. This spot has it all: Short, cute and hilarious. I could watch this over and over and get a smile on my face every time. Well done, Mr. Anderson and good luck in your future film career.

Bonus spots that didn’t quite make the cut:

CarMax: Slow Clap – Who doesn’t love a good slow clap? Plus a cameo from Rudy!
RadioShack: The Phone Call – Everything you loved about the 80s.
Coca-Cola: It’s Beautiful – Nicely done and bold move–even stirring up a little controversy.
Chobani: Bear – More Bob Dylan!

Another good year in Super Bowl commercials. Last year I picked the most expensive commercial ever produced because of the overall tone, an intense music bed that climaxes at just the right moment and a final cut to a sleek shot of the Chrysler 300 that left me with goosebumps.

All the videos I have picked out this year are comical. For non-humorous ads, “NFL Timeline” was pretty good, but I felt the ad lacked the climatic build necessary for it to truly be successful. Super Bowl XLVI also had some of the worst follow-up ads in history. Though Volkswagen once again made my list, I think the YouTube-only teaser released a a couple weeks before the big game was far more humorous (and has nearly twice the number of views). Bridgestone took slightly different approach with its “performance basketball/football” ads and ultimately fell short. Finally, though I still get goosebumps watching Chrysler’s “Imported from Detroit” from last year, the follow-up spot with Clint Eastwood is less than chilling (though 4 million views on YouTube is pretty good).

#5. Volkswagen: The Dog Strikes Back

Again, I think this is a poor followup attempt and the ad took a lazy approach to tying back to the Star Wars theme from the previous year. The Web-only “Bark Side Teaser Spot” is much funnier and is ranked No. 1 on Hulu’s top 10 Super Bowl ads list. Still, “The Dog Strikes Back” managed to win this year’s AdBowl.

I actually missed this one during the game, but found it to be quite hilarious. A dog in running shoes is pretty darn funny I guess. Moonwalking across the finish line was a little over-the-top.

Now in it’s fifth year, the Doritos “Crash the Super Bowl” campaign keeps on delivering. This spot is great in that it tell a story in 30 seconds while still managing to be both funny and cute.

I can’t say I really remember any past TV ads from Hyundai–Super Bowl or not. However, this ad strikes a chord with me in a couple of ways… It has the element of humor and the idea of showcasing a car’s ability to bring someone back to life is quite amusing (and a great way to show the car’s features).

This one might be the most underrated spot of 2012–not making the top 10 in the AdBowl or Hulu’s AdZone. In fact, this ad didn’t even make the top 10 chart on AdAge’s Super Bowl social media chart. Funny for obvious reasons, but I think it has strong sentiment because, let’s face it, this is what most people wish would have happened when they graduated. At least, I did.

So there you have it. Also, the New York Giants won the game. Now  I want to hear what your favorite Super Bowl XLVI commercials are. Please post in the comments section below, send me a tweet or take the poll: